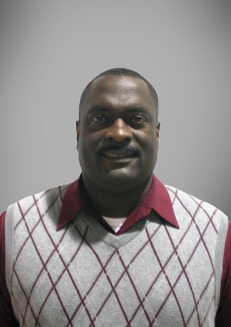 Ezell Simon is a Site Manager for MILSPRAY Military Technologies ™. He has over 29 years of experience in the Fabrication field which includes Corrosion Control and Aircraft Structural Repair and inspections in both military and civilian environments.

Simon has worked as a Corrosion Control Production Supervisor and Manager and has an extensive military professional background including but not limited to; Lackland Air Force Base (AFB) in Texas and Little Rock Air Force Base (AFB) in Arkansas. After serving four years at Little Rock AFB, he joined the United States Air Force Reserves at the Maxwell AFB in Alabama. Later on, he was hired by DynCorp Support Services at Columbus AFB in Mississippi.

His 24 years of service at Columbus AFB, allowed him to work for several military contractors such as Raytheon Aerospace, Beech Aerospace, DynCorp International and L-3 Vertex Logistic Solutions.

Simon is an ordained minister that studied Theology and Christian Education at Selma University in Selma, Alabama. Further studies include Pastoral Ministries at Samford University in Birmingham, Alabama. Simon is also a certified Teacher/Instructor by the Sunday School Publishing Board of Nashville, TN.