MILSPRAY™ has partnered with Worldwide Business Productions (http://tvwwb.com/) to be part of a 30 minute sponsored television interview with Kathy Ireland. The interview will include topical discussion, field footage and visuals packaged into an impactful video piece designed to educate MILSPRAY’s target market about its technologies. 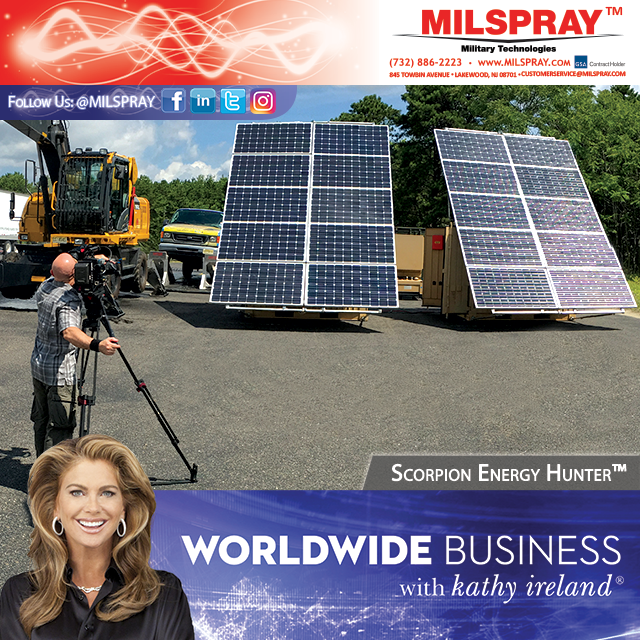